At the end of October, I raced my last race for the Pennine ladies team at the FRA relays. I'd not run over near Barbondale before and it was excellent, fast going with just enough terrain thrown in for good measure. The team has been growing in strength year on year and it's been great fun racing with them! Thankfully I made up for my navigational error at the hodgsons and we pulled off 5th position in a bit of a packed field. 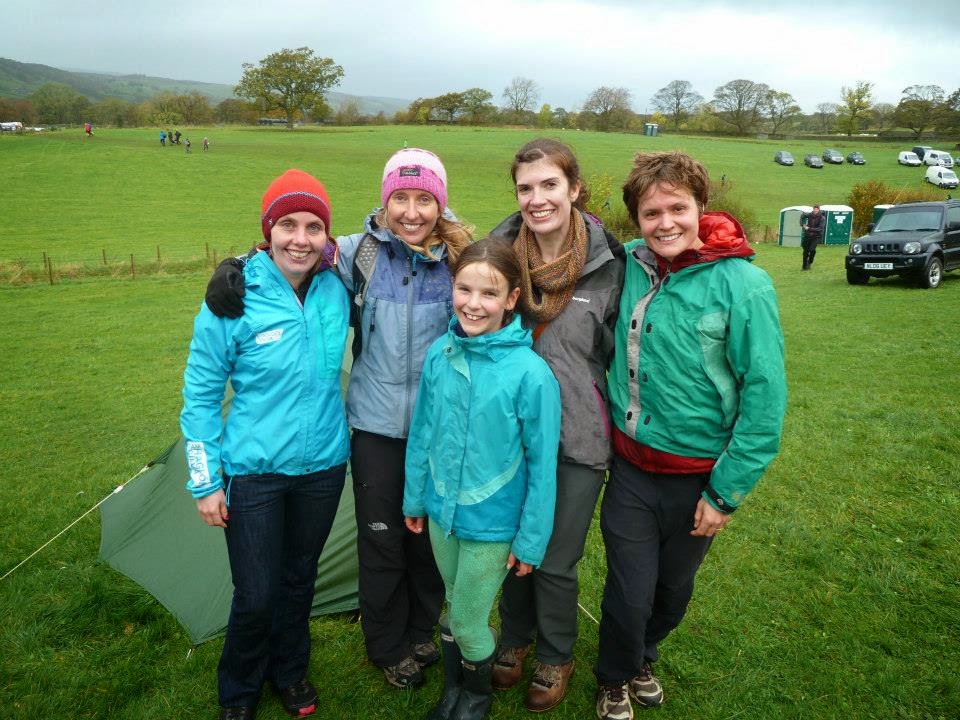 At the FRAs I finally felt like I had my running legs back from the ITERA. I spent a couple of weeks offsetting long and intense days at work with some faster running in the evenings and threw in a couple of park runs for good measure at the new fell foot park run. A nice location for a Saturday morning jaunt!

Then it was time for the first Open 5 of the series, based from Low Wray. The day before I'd been helping out at a friend's event, this combined with another manic week at work meant I was feeling pretty tired before we even began. I looked at the map but my brain just wasn't interested in planning anything, so I drew a rough squiggle indicating an option for the run and then let Rosemary plan the bike in detail. I was also quite happy that Rosemary requested a slower shorter run than normal given a hip injury she'd picked up after hitting the deck during a triathlon, this meant even less thinking.

Our ammended plan was a 3.5hour bike followed by a 1.5hour run. We set off at 10:15 (what had got into us, that was a whole 15minutes before a mad dash not to miss the last start!) and I was pleasantly surprised by how good I felt on the bike. Up into grizedale for some fun off roading (good job Joe, some interesting new riding even given the number of times I've ridden round Grizedale). I let Rosemary lead on the nav, whilst I enjoyed just riding along. We went long but were moving fast.....unfortunately we went a bit too long and I should really have engaged my brain a bit more when Rosemary said 'I've just spotted a way to get 13 too!'.

This was our undoing. Firstly, half way along our route to 13 the undertyre conditions weren't wonderful (although again, well done to Joe for fitting in another good bit of single track along the way that I hadn't ridden before).
Then I turned round after a loud clatter from behind to find Rosemary lieing in the road. The sole of her shoe had come loose and so when trying to unclip, the cleat had remained firmly in place. Out came the zip ties and a makeshift fix was implemented (along with comments about how were we going to undo this at transition?).

Finally, just after picking up 13 my rear tyre punctured. By this time we already knew we needed to be hammering it back to transition if we were going to get back in 4hours (3.5hrs out the window). A quick attempt at getting it to seal failed so we stopped a second time to put a tube in. I let all the air out of the tyre then tried to get the valve out. It wouldn't shift. I used pliers. It wouldn't shift. Rosemary had a go. It still wouldn't shift.....I wasn't sure what to do with a tyre with no air in it that I couldn't put a tube in. I looked at running back but I doubt we would have made it within the 5hrs.... Then finally, with some more brute force it came out!

All of that lot cost us 20-25minutes. I now ran into another problem. I had planned a 3.5hr bike to perfection in term of the amount of food to carry and the pace to ride. So now we were at 4 hours with half an hour left to go and I was having some fueling issues, wishing I'd had my transition bannana half an hour before! 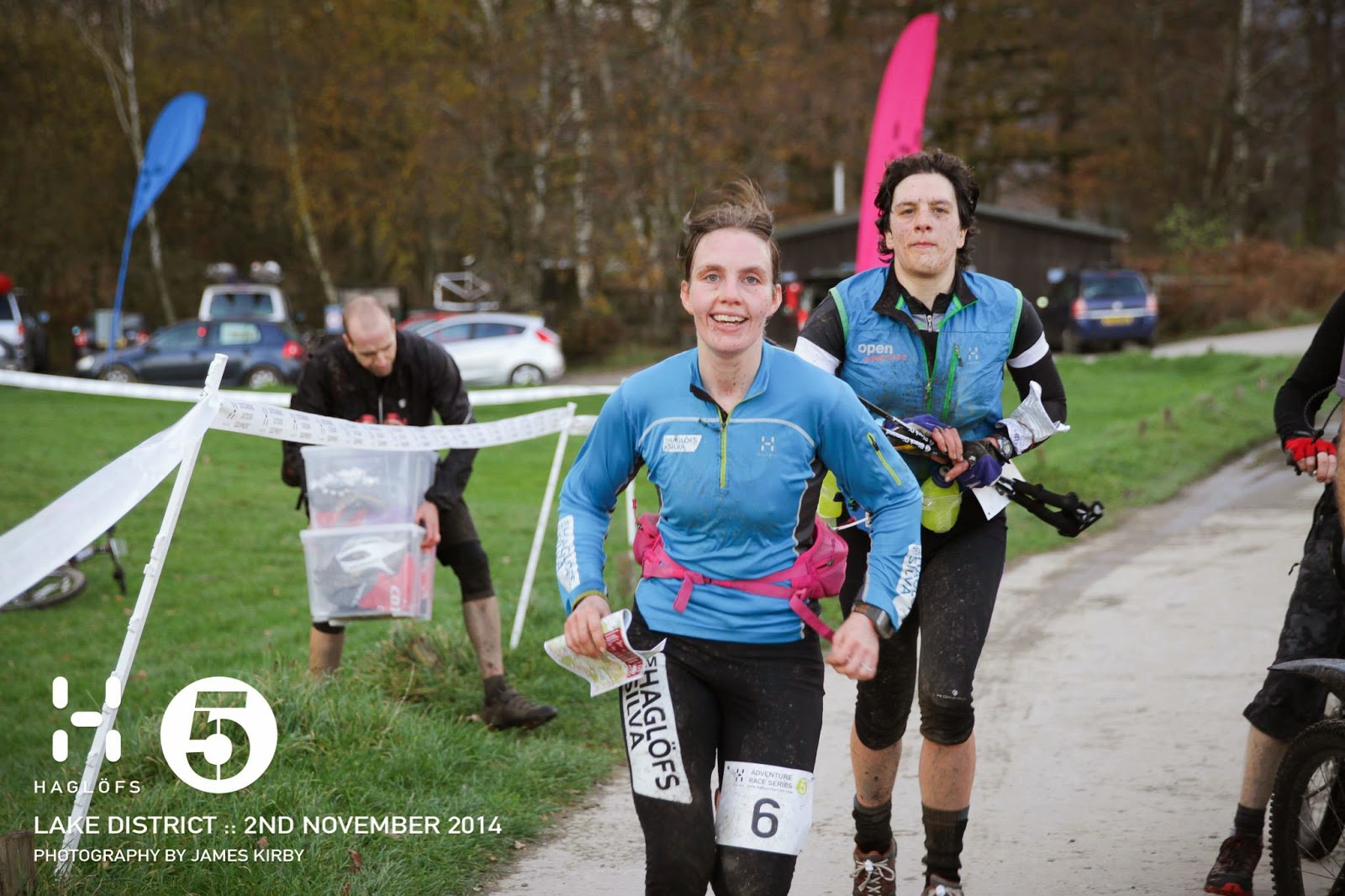 Somehow I didn't fall off my bike and we got into transition for our slickest ever transition (even with the zip ties!). Banana in hand we headed out on the run with 29minutes to go - I was right, there really wouldn't be much thought to put into it. We got the closest 3 controls requiring a convoluted route passing back past the start with 7minutes to go en route to our final control. Out with the tow rope to make that one worth while and we finished in 5hrs 6 mintues, losing 12 of the 15 extra points that control was worth. Every little helps....or that's what we had to hope! 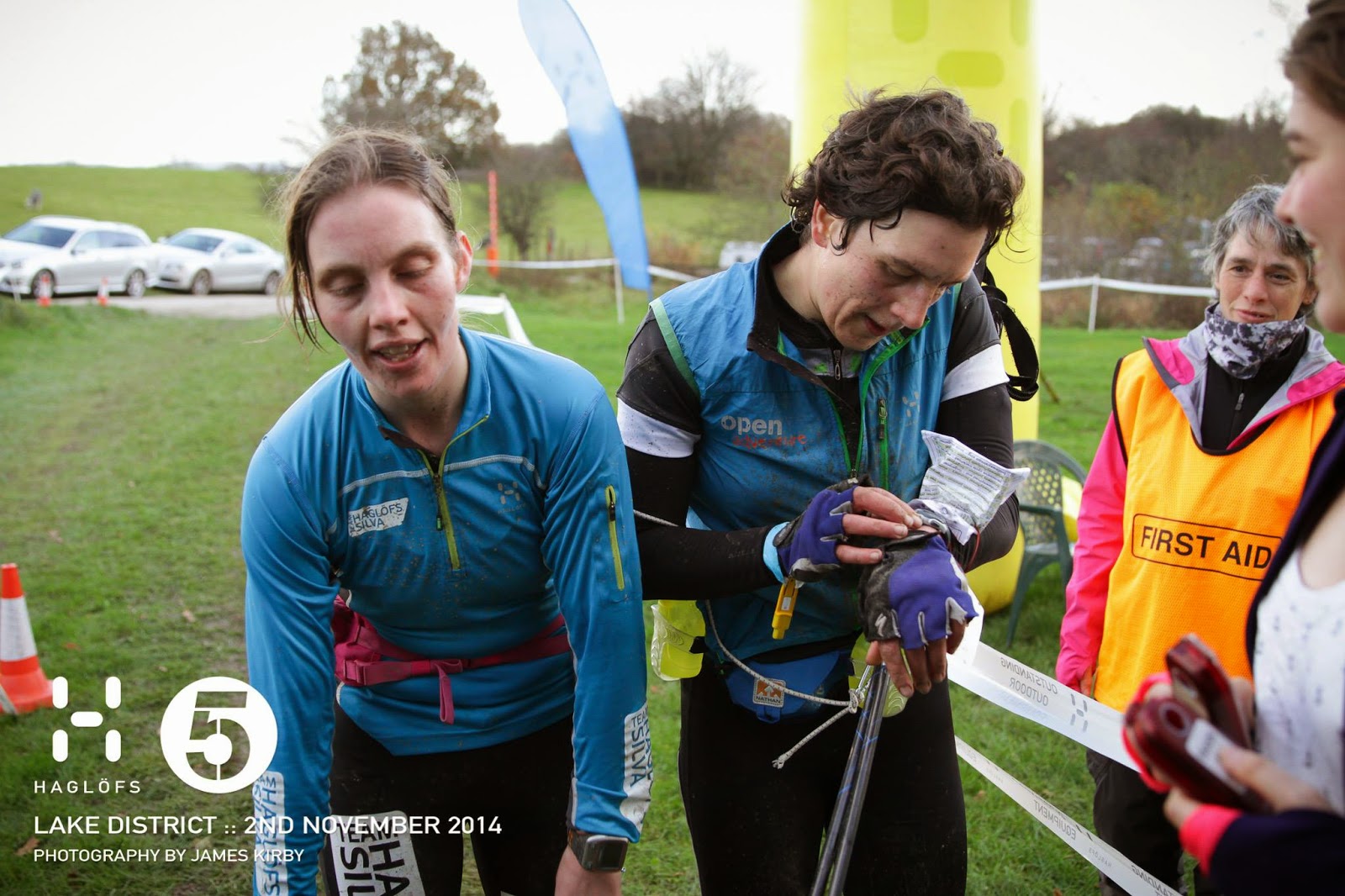 As it happens, the overoptimistic bike route paired with the mechanical and shoe disaster was too much to scrape a podium. Ah well, we had to have a bad race one of these days and even if the score wasn't there, we had a very nice bike ride :-)

Whilst I felt great at the open 5, I've spent the last 2 weeks feeling a bit like a sack of potatoes and not going anywhere fast. I think I was right about being a bit tired to start....This morning we headed to the park run again and somehow I ran 10s faster than last time. Maybe its time to do some more running and riding ready for the North York Moors in December!